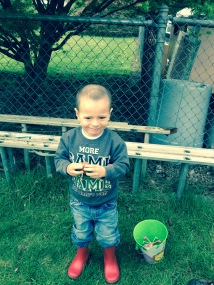 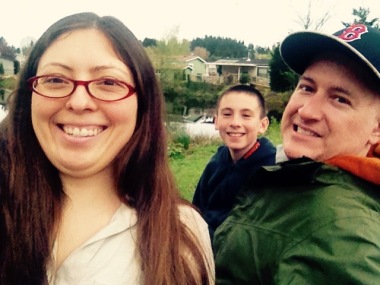 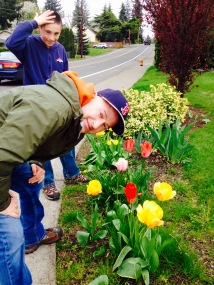 Josh is halfway to Day + 60– when he will be able to regain some of his freedom, as far as going out in public (during less busy hours) and eating out at restaurants again! It has been a bit of stormy voyage thus far, yet our captain and master–Jesus Christ, sustain us along the way and gives us his spirit to bring joy and peace even in the darkest nights.

It was a challenge having two sick kids with the flu at home.  However, they are now on the mend.  Amazingly, Josh did not get the flu!!! He is still doing very well! Praise the Lord! When Josh’s nurse practitioner found out Noah was sick she wanted Noah tested and put on an anti-virus medication.  Later when Noah was confirmed with influenza B and already on the anti-virus, she wanted Nathan on it too.  Even though we dislike having the kids on medications, especially Nathan this was a serious enough threat to Josh where we had no choice but to pray the kids would tolerate the meds well and for them not to have any adverse reactions.  Please pray for them! Noah’s flu was cut short by a couple days and Nathan’s fever broke almost the next day! However, he still has a low fade fever and was back to feeling crummy today.

Katelynn has been an immense help!  Thanks, Kate! Although Nathan got to the point where he only wanted “Mommy” while he had a fever for a few days.  Nathan’s fever reached a high of 103.5 and we had to really keep on top of his temperature as well as wiping everything down with non-toxic disinfecting wipes and keep Josh isolated to his room as well as Noah isolated.  We all got to wear fun masks around the house too. However, there was no way to keep little Nathan isolated anywhere or to keep a mask on him! lol.  During this crazy time, a sweet saint from our church named Linda drove four hours north from Grants Pass to come to help out for a couple days.  Thank you, Linda!

By Resurrection Sunday, the boys had been feeling better and even got to go outside in our yard on a warm sunny day to do an Easter egg hunt! We did not go to church since the boy had just had fevers, but we did get to “go” online virtually to Grace Community Church via their Live-cast stream.  The kids enjoyed some Easter crafts with Katelynn and their new Easter baskets and gifts from Grandma Kim and Papa Don–thank you!! Also, thank you to everyone who has sent cards, texts, and encouraging messages to our little family.  We are so blessed and without a doubt beloved by God! We love you and appreciate your ongoing prayers!!!